Today something incredible came full circle. I was an avid fan of Blossom back in the day, and I wanted to be just like the spunky protagonist played by Mayim Bialik. I wasn’t as obsessed with her as I had been with Punky Brewster in middle school, but she was still a really cool chick. I especially wanted to be able to do her dance moves in the opening credits!

For the past few months, I’ve been contributing to a column called Feminism 101. It’s been fun getting the questions in my inbox and answering them when I have something to say. The column started off on SheKnows, and later switched to a new site, GrokNation, which just happens to be that of Mayim Bialik! Or, as some know her, Amy Farrah Fowler from The Big Bang Theory.

For me, Bialik will always be the girl in this picture, which I’d cut out from a magazine in my teens and has remained in my cedar box ever since. 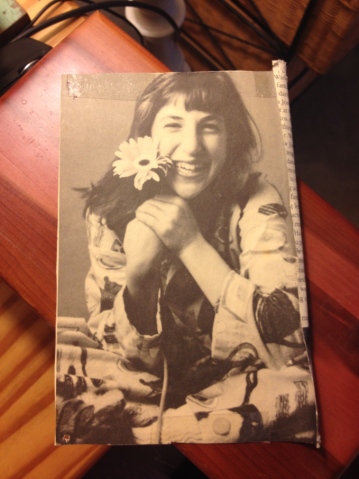 These past two years in Los Angeles have been a hard road. Sometimes I’m not sure how I’m going to eat the next day. Sometimes I get lonely and miss the friends who have known me for over a decade. But then, like clockwork, something amazing happens that reminds me why I’m here. Today that amazing thing was realizing I’ve been writing for Mayim Bialik.

Click here to discover my first act of feminism, complete with a photo of preschool me.